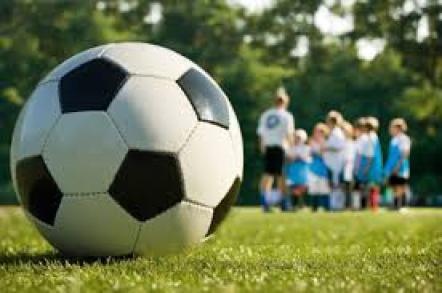 St. Jerome CYO will once again offer basketball for boys and girls ages 5-14 this winter.  Practices will begin in November (October for 12u and 14u) and games will start in December.  Practices are usually during the week between 5pm and 8pm.  We use Hyattsville Elementary as well as our home gym for practices.

Games at the 6u, 8u levels will be played on Sundays at SJ.   10u and 12u will most likely be on Saturdays at St Jerome.  14u games will be at various high schools in the DC area on Saturday or Sundays.  Below is some more information about each level.

6u Coed:  An instructional league that plays with 8ft baskets.  The goal is to teach the very basics of the game...rules, dribbling and passing are focal points.  Coaches are needed and welcomed!

8u Coed:  Also an instructional league but played with 9ft baskets.  The basic fundamentals are stressed but more advanced skills like fundamental layups and form shooting are also stressed.  Coaches are needed and welcomed!

10u boys and girls:  A more competitive environment but perfectly fine for the first time player.  In addition to the fundamentals, game strategy is introduced along with team defensive concepts.  Coaches are needed and welcomed!

12u boys and girls:  12u boys is normally split up between two teams...an advanced and a beginners team.  Game play is competitive at this level but there is still room for the novice player.  12u girls is usually still somewhat a team of beginners and game play is not as competitive and is a great place for the first-time player.  12u has coaches lined up but welcome anyone interested in assisting.

14u Boys and Girls:  These teams are usually filled with players who have at least some game play experience and who know the rules and have a firm grasp of the basics...dribbling, passing and shooting.  14u boys has two levels...an elite level team and a standard level team.  14u girls has one standard level group this season.  14u has coaches lined up but welcome anyone interested in assisting.